We received approval for an official Be Kind Kentucky license plate. We are donating all proceeds to the 16-youth mental health drop-in centers. If only 10% of Kentucky vehicles select the plate, we will be able to donate $1.7 million over the next decade.

June, 2021
Morgan Guess was bullied in the third grade by a classmate. She didn't tell anyone and by the time her parents discovered it, she was experiencing stomach spasms and panic attacks. Her doctor diagnosed her as clinically depressed, and she took antidepressants for a year.

Her parents told her that bad things are going to happen in life and that she could ignore what happen, she could blame others, or she could be a part of creating positive change.

Ten years later, she has become a national voice on the subject. She successfully lobbied the Kentucky General Assembly for legislation that now protects all 640,000 public school students. She sponsored and engaged volunteers for three kindness murals. She led an effort to write 12,000 kindness letters so every student in her school district would start the school years with a letter of support. Her annual kindness color walk has become her city's largest community walk. She also hosts Scarf in the Park on Christmas Eve each year. Over 1,000 hats, gloves, scares and socks are hung on clotheslines along with a message of hope. The homeless and families in need come and get what they need.

An early goal for her was for her state of Kentucky to be named the kindest state in the US. Last week, a Verizon and kindness.org study named Kentucky our nation's kindest state. And, earlier this year she appeared before the Kentucky Special License Plate Committee for approval of an official Be Kind Kentucky license plate. It will be available in early 2022. She is donating all proceeds to her state's 16-youth mental health drop-in centers. If purchased for just 10% of Kentucky vehicles, she will be able to donate $1.7 million over the next decade to help young people get the mental health services they need.

She is an Ashoka Changemaker, She received the National Jefferson Award for Public Service for an Individual 35 and Under and her governor named her Kentucky's top youth volunteer. She was also named 1 of America's Top Youth Volunteers by the Prudential Spirit of Community Awards. Morgan recently was named 1 of 10 International winners of Zonta Club's Women in Public Service Award. 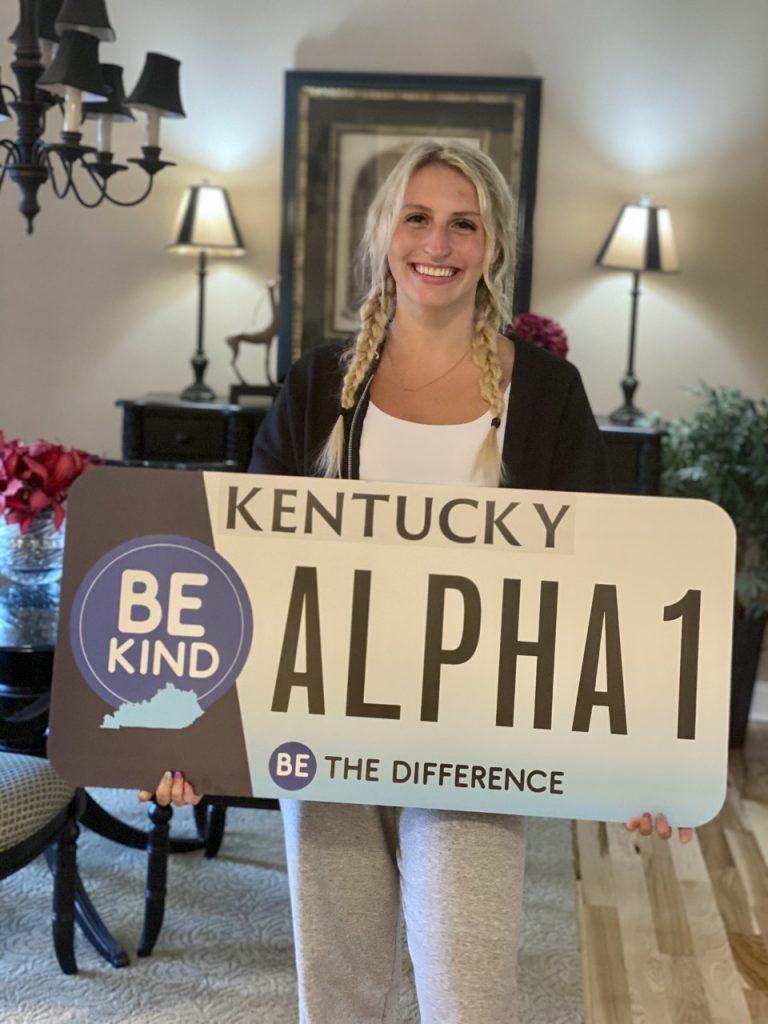